Last weekend my Boyfriend and I went to London for the weekend. Partly, for pleasure but mostly for Business. We were attending London Edge on Sunday so we figured we would make the most of it.

London Edge is a trade Fair for Alternative, Gothic & Vintage fashion. It’s a chance for us to see new product releases from our existing suppliers and also to discover new brands.

We traveled down to London on Friday and stayed at the Holiday Inn at Regents Park. We were upgraded to an Executive room for free, which was nice.

I don’t know if I have mentioned it before but at home we don’t have a bath we just have a shower/wet room, so when we go away I always make the most of having a room with a bath. Before we left for London I made sure that I had stocked up on Lush Bath products and the first thing I did when we got to the hotel was run a bath. 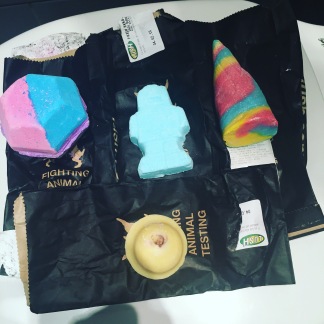 Friday evening my Boyfriend had made plans for us for date night but didn’t tell me what they were until we got to the venue.

Every time we go to London we always try to catch a burlesque show or go to theatre and he had booked us tickets for a Burleque/variety show. It was hosted in the Rah Rah Rooms which is a Drag/Cabaret venue. There was a Burlesque troupe called the ‘It Girls’ that performed with the fantastic singer/burlesque performer Tempest Rose. 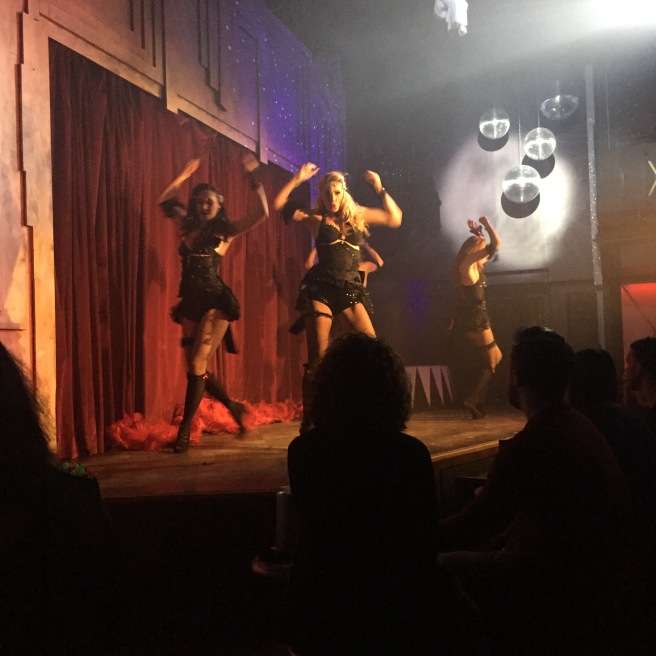 The variety show also had a comedian, a magician, a contortionist, a fire eater and an acrobatic performance on silks. It was such a fun show and we had fantastic seats, the cocktails were good too! 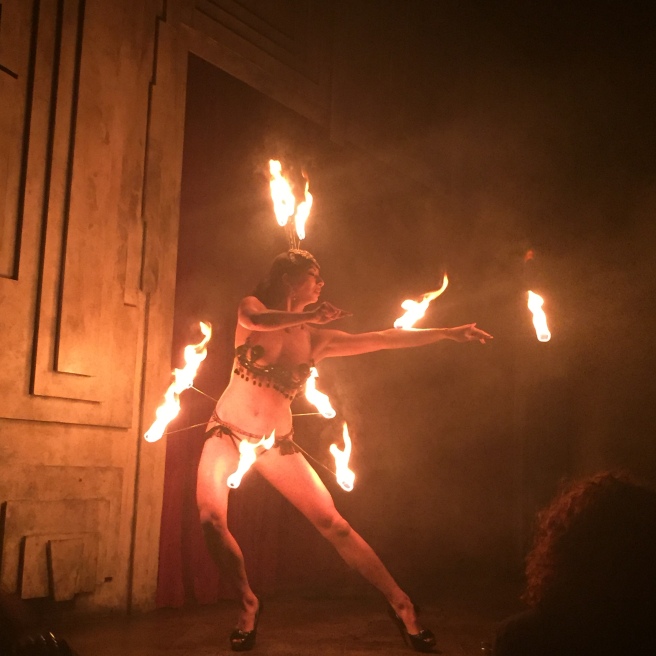 After the show we went to the ‘Angus Steakhouse’ for dinner. Unfortunately the meal wasn’t great. My steak was undercooked, the mash potato tasted awful and while we were there the waiters somehow managed to drop two lots of orders on the floor. The service was really slow too and they gave us the wrong bill at the end of it all.

Saturday was a nice relaxing day, we went for dinner at ‘Steak & Lobster” on Warren Street and had the most delicious steak & Ale pie – it was so good.

We then went to the ‘Grant Museum of Zoology’ at UCL. It was so interesting. They had lots of jars full of animal species and cabinets full of skeletons. They had an elephant skull that was huge, and a bell jar containing an Elephants heart that was bigger than a beach ball.

If you are looking for something interesting to do in London then I recommend coming for a look around, it’s free admission but you can give donations. You an also sponsor the exhibits.

After the Museum, I went to Space.NK to pick up some of the Oskia Renaissance cleansing gel and I really wanted to pick up the Becca Champagne pop but they were sold out so I purchased the Hourglass Ambient Strobe Lighting Powder is shade Euphoric, which is a really nice highlighter. 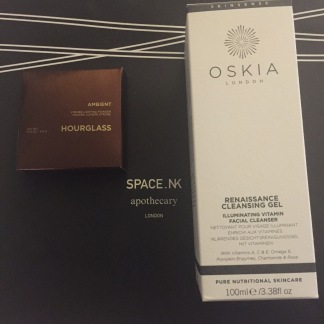 We then went back to the hotel to relax for a little while and I had another bath (with more Lush Goodies). We went out for dinner to Fat Lorenzo’s Kitchen & Bar for a nice Italian Meal.

Sunday was super busy. We went for Breakfast at the Riding House Café on Great Titchfield Street. The food here is amazing and I highly recommend the French toast with a side of Bacon. I would say it’s best to book in advance as it does get really busy (we were unable to get in at all on Saturday morning).

After breakfast we checked out of the hotel and headed to the Olympia for the London Edge show. It was nice to chat to our suppliers face to face and we placed a few orders with new suppliers, which was exciting.

After London Edge we stopped off at the Ace Café, which is a biker café. My other half has always wanted to visit, as it is well known in the biker community (my other half rides a Harley). The ace café do the best toast by the way, it was so good.

When we left the café we drove up to Birmingham for the Spring Fair (another trade show) at the NEC. We spent Monday and Tuesday at the spring fair placing orders and finding new brands. It was very tiring but lots of fun. Come Tuesday afternoon, I was so happy to be heading home. We had lots of fun in London and Birmingham so I wanted to share it with you.

I hope you enjoyed it.